Welcome to the Norton School 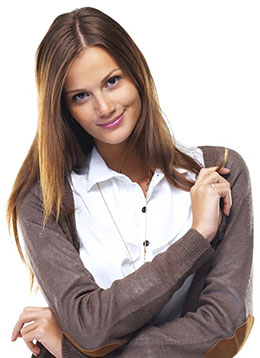 Thank you for clicking on our link. As our way of saying thank you for choosing to learn more about our courses, please use the following promotional code to receive OFF when you register in the next 45 days for any Course on our schedule:
Simply enter the code in the promotional code box on the online registration checkout page.
Please do not hesitate to contact us if you have any questions or require any assistance. Our Program Director, Liz Rivas, can be reached at: (866) 808-2249 or Liz.Rivas@NortonSchool.com

FACULTY
Steve was certified in 1993 in Manual Lymph Drainage and Complete Decongestive Therapy through Lerner Lymphedema Services, PC, the first fully specialized lymphedema treatment facility in the United States. He became the Chief Therapist of the Lerner Lymphedema Services, PC clinics located in Princeton, NJ, Manhattan, NYC and New Brunswick, NJ from 1994-1999. Over this period of time, Steve participated in the successful treatment of several thousand lymphedema patients.

In 1995 and 1999, Steve completed further educational programs in lymphedema management at the Foeldi College, Hinterzarten, Germany and the European Congress of Lymphology. In addition to his clinical duties, he was chosen to provide instruct CDT courses at the Lerner Academy of Lymphatic Studies via hospitals, universities and clinics nationwide. In 1998 Steve co-founded an independent training and consulting company (Klose Norton Training & Consulting) offering CDT certification courses for medical professionals in various hospitals and clinical settings across the United States.

Steve was among the first therapists in the United States to become Nationally Certified in Lymphedema Therapy by the Lymphology Association of North America (LANA) and in 2002 and 2003, was the first and only American lymphedema therapist to instruct an international group of clinicians at the world renowned Foeldi Clinic, Special Clinic for Lymphology, in Hinterzarten, Germany.

Since 1995, Steve has been the host/presenter/producer of internationally distributed educational treatment videos and in 2005 Steve was filmed and interviewed by the Discovery Health Channel for its program "Medical Incredible," demonstrating and discussing lymphedema therapy. This program aired in 130 countries and was viewed by 300 million people worldwide.

Currently, as a consultant and CDT Clinical Instructor, he continues to provide services for private clinics, hospitals, independent physician's offices and firms within the lymphedema and related compression therapy industries. He regularly reviews lymphedema related manuscripts, and contributes to other clinical publications. Steve has authored articles on lymphedema management in professional publications and contributed to chapters and editorial revisions of the internationally renowned "Textbook of Lymphology" authored by, Prof. M. Foeldi & S. Kubik. Recently Steve authored a chapter on lymphedema in the medical textbook "Kuerer’s Breast Surgical Oncology" by Henry Kuerer, MD McGraw Hill 2009 and contributed a paper on Palliative Care and Complete Decongestive Therapy for the "Best Practices Document" of the International Lymphedema Framework Project. In 2013 Steve co-authored the internationally distributed textbook "Lymphedema Management; The comprehensive Guide for Practicing Therapists" with Joachim Zuther, published by Thieme, Stuttgart, Germany.

Joy received her lymphedema training in 1996 from the Lerner Academy of Lymphatic Studies. She has since participated in numerous advanced training programs for lymphedema management including an advanced review course at the Foeldi Clinic in Hinterzarten, Germany in June 2002. She founded the Lymphedema Treatment Program at Chestnut Hill Rehabilitation Hospital, Wyndmoor, PA in 1996. Currently she is a part-time Team Leader in the lymphedema treatment program at the Hospital of the University of Pennsylvania in Philadelphia. She participated as an adjunct in the advanced lymphedema conference sponsored by the University of Pennsylvania in April 2003. She was among the first group of therapists in the United States to become Elvarex® certified in 1998 and was LANA certified in 2001. Joy has worked as an instructor for the Norton School since 2004.
Maureen McBeth is a Certified Lymphedema Therapist - Lymphology Association of North America. She obtained her BA in English and secondary school teaching certificate from St. Joseph’s University in 1988. After working in a family-owned business selling physical therapy equipment, she returned to school and received her MPT from Hahnemann University in 1996. She currently works at Forever Fit Physical Therapy & Wellness, a therapist-owned, community-based private practice in Columbia, MD. Maureen has over 25 years of experience as a physical therapist, specializing in lymphedema and cancer rehabilitation. For much of her career, she worked in the hospital-based setting, and in April of 2017, she left to start her consulting firm geared toward creating a common knowledge base and driving the social connections needed to increase the adoption of new technology and clinical practice guidelines for prospective surveillance of cancer-related lymphedema. She has been a CLT instructor with The Norton School of Lymphatic Therapy since 2006 and has contributed chapters in the last two editions of the Zuther-Norton textbook used in CLT training. She regularly speaks at conferences and continuing education programs and has published numerous articles. She is a member of LE&RN, the NLN, The International Society of Lymphology, and the APTA, where she is involved with the Lymphatic Disorders special interest group of The Academy of Oncologic Physical Therapy. Maureen has also been involved in a long-term volunteer project to help advance lymphedema care in Cali, Colombia, and supports the many lymphatic advocacy efforts in the US.
Sarah Stolker is a physical therapist and LANA-certified therapist at Mercy Hospital’s David C. Pratt Cancer in St. Louis, MO. She received her lymphedema certification in 1999 while working at the Hospital of the University of Pennsylvania (HUP) in Philadelphia, PA. Consequently, Sarah developed a passion for cancer rehabilitation as well as lymphedema management. After relocating to St. Louis, Missouri in 2001, Sarah helped to expand a large multi-center lymphedema program while also obtaining a spot as a Healthbeat contributor on KSDK Channel 5 News. Dedicated to her patients, Sarah was able to use this platform to spread the word about lymphedema and cancer rehabilitation. In 2005, Sarah was awarded the Better Business Bureau’s Health Care Heroes Award. In 2007, Sarah and a former patient began the St. Louis Lymphedema Support Group—providing much-needed support as well as education. She recently published work as a principal investigator for a lymphedema surveillance study (see Lymphat Res Biol 2020; 18:422-427) and is collaborating with a colleague on another study at Mercy centering on lymphedema prevention and early treatment.
Susan is a 1995 graduate of the University of Southern California with a Bachelor of Science in Occupational Therapy. She received her lymphedema training in 1998 from the Lerner Academy of Lymphatic Studies. In 2001 she became LANA certified. Susan went on to help expand the existing outpatient lymphedema program at Florida Hospital and helped transition lymphedema treatment into the inpatient setting. In 2001, while still working at Florida Hospital she expanded lymphedema treatment into the Home Care setting making it the first agency to utilize complete decongestive therapy in Central Florida. Ms. Allen began organizing lymphedema certification courses for the hospital and had the opportunity to assist Steve Norton & Gunter Klose beginning in 2002. She has participated in advanced training for lymphedema management including a visit to the Lympho-Opt clinic in Hirschbach, Germany in 2005.